How Does Alienating Your Child from Their Other Parent Affect Them? 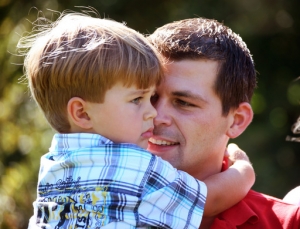 If you have been through a rough divorce case and have been awarded primary custody of your children, you may find yourself wanting to alienate them from their other parent for all the pain and sorrow your ex-spouse has caused you to suffer from. While there are unusual  instances where it can benefit a child, upon the advice of a health care professional, to be kept away from their other parent, in most cases, your child is the one that is left to suffer without both parents playing an active role in their life. Whether your husband or wife failed to be faithful to you, mistreated you, or simply didn’t play their role as a loving and supportive spouse, it doesn’t always mean they gave your children the same treatment.

However, many parents often find themselves keeping their kids away or bad-mouthing their child’s other parent as a form of punishment for what their ex has put them through. And while it may make you feel good inside knowing your ex-spouse is hurting when they aren’t able to see their kids, the truth is, alienating your children from their other parent actually affects them in more ways than one. Children’s parents should be the two most important people in children’s lives and the children should observe each parent treating the other respectfully. You see, when a parent chooses to alienate their children from their mother or father, they are essentially “undermining and interfering with the child’s relationship with that parent,” according to Edward Kruk, Ph.D., who is an Associate Professor of Social Work at the University of British Columbia [Source: Psychology Today]. And rather than it being a punishment to that parent, it might actually serve as a “sign of a parent’s inability to separate from the couple conflict and focus on the needs of the child.”

The source highlights some ways a parent might attempt to alienate their child from their other parent which include:

As difficult as it may be to give in and allow your child to continue developing the healthy relationship they need with their other parent, it is always best to put their needs first and avoid allowing your conflict with your ex to interfere with it.

What effects might parental alienation have on a child?

The effects of alienating your child from their other parent will  vary from family to family, but according to certain scholars Psychology Today cited, for the child, parental alienation is “a serious mental condition, based on a false belief that the alienated parent is dangerous and unworthy.”  Some of the severe effects this can have on your child include:

The source goes on to explain that “children who have undergone forced separation from one parent—in the absence of abuse—including cases of parental alienation, are highly subject to post-traumatic stress.” Although each child may handle being alienating from one of their parents differently, the fact is, children do benefit from having both their parents actively involved in their lives and can suffer when they don’t.

Now, if you are a parent living in Rockville, MD or a nearby area and are struggling with your ex-spouse who is attempting to alienate your children from you, contact the Rockville, MD family law attorneys at Barkley & Kennedy today. Our team of lawyers understands the important role each parent plays in their child’s life and we will do all that we can to help remedy the situation so that you are able to spend the quality time you need and deserve with your children.