How Do I Properly Prepare a Separation Agreement? 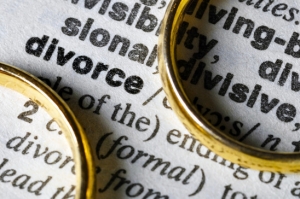 Marriages are filled with up and downs. There are times when things will be going great and you may feel as though nothing could stand in your way of happiness. As well,  will be those times when you find it difficult to even be in the same room as your spouse. While it is common for couples to go through  good times and  bad times, there are instances when things become too difficult to endure and one or both parties decide that it is time to live separately in an effort to see if the time apart is enough to repair their marriage.

When a couple decides to separate rather than rush into divorce, they should strongly consider coming to a written  agreement on various aspects of the marriage while living separate and apart  until they are able to reach a decision as to whether they should divorce or stay together. The state of Maryland recognizes this agreement as one of the following:

When a couple enters into a separation agreement, they will usually do so privately and it should  be reduced to writing . If you and your spouse live in Rockville, MD or a neighboring city and are looking to separate for a period of time as you are going through a tough time in your relationship but you aren’t ready to take the leap and file for divorce, it is best you consult with a family law attorney who can help you draft your own separation agreement. In the event the two of you decide at the end of the period you spend away from each other that you are prepared to end the marriage, then your separation agreement can be used to corroborate  your grounds for filing for divorce.

What belongs in a separation agreement?

The issues to be included in a separation agreement depend on the extent the parties can see eye to eye on a wide range of issues.  Looking at agreements of other parties do not bring the vast array of options on various subjects into consideration, which is what experienced lawyers can bring to the table. A thoroughly prepared  separation agreementshould touch on  the following,  though the extent of which these and other issues are addressed depends upon the expectation of the parties regarding the chances of reconciling:

Couples who elect to live separate and have a separation agreement drawn up need to understand that it does not terminate the contract of marriage nor does it free the parties to remarry. ” In the event you choose to move back in together with your spouse, this would serve as evidence that you intend to revoke the agreement you made when you decided to separate. Most agreements require both spouses to consent to a reconciliation and resumption of cohabiting as husband and wife.

Can a separation agreement be enforced?

It is well established by statute and case law in Maryland thatif one party violates a settlement agreement, the other may bring a lawsuit for violation of the agreement, alleging a breach of contract. If you want to ensure your agreement is enforceable in the family courts, you need to have it  “incorporated” into the divorce judgement. Generally, while the courts will honor the terms set forth in the separation agreement, specific provisions need to be included in the agreement to ensure your expectations as regards the enforceability  of the agreement are consistent with Maryland law. In all situations the Courts retain jurisdiction to  modify provisions affecting the care, custody, education, maintenance, and support of the children to assure they remain in the best interest of the child in the event of material changes in circumstances.

Looking for a legal expert to help you write up a separation agreement?

If you want to be sure you and your spouse have a clear understanding on how your time with your children will be split, what your living arrangements will be, etc. contact the Rockville, MD family law attorneys at Barkley & Kennedy today. Our office would be more than happy to take the time to review with you what your agreement should contain based on your own personal circumstances and get it written up.