Can I Include My Dog in My Prenuptial Agreement? 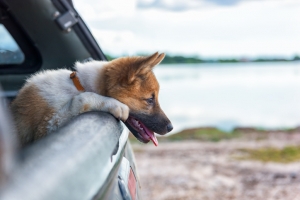 Many individuals today are turning to prenuptial agreements, frequently referred to as prenups, despite their status of wealth, in an effort to protect assets they owned before they were married or to address other concerns in contemplation of a possible future end to the marriage. A prenuptial contract is an “agreement between persons about to marry made prior to the time a ceremony is performed and in anticipation of marriage” [Source: Maryland Department of Human Resources]. Although prenups address a number of issues, some of the more common ones that are addressed when drafting a prenup agreement include:

While most individuals will include certain assets or inheritances they acquired prior to their marriage in their prenup, some choose to include their pets so that in the event the marriage doesn’t work out, they don’t risk losing another companion. The fact is, most pet owners view their dogs or cats are a member of their family and far too often, many are stuck in the middle of a dispute over who gets the pet. And rather than having to battle it out with their ex, they alleviate the issue by simply including them into their prenup agreement.

Now, if you’re a pet owner and are wondering why a dog or cat would even be added into a prenup when these documents are for things like property, money, and other material things, the fact is, Maryland courts view pets as property, not people. Therefore, if you want to protect your rights as a pet owner, you will have to include them as your “property” although we all know they are much more than that. However, it you own the pet before you were married, the purchase price was fully paid before you were married  and, particularly if there are documents identifying the owner of the pet as you and you alone, you may not need a prenuptial agreement solely for the pet. However, once children enter the marriage, that issue may change, given the potential need of the children for the companionship of the pet.

Not sure if you should have a prenup written up that includes your pet?

ABC News recently shared the experience of one pet owner that highlights why you might actually consider having a prenup drafted up if you have a pet and know you will want to retain ownership over them if your relationship simply doesn’t sustain. Here are the details from this woman’s experience and why she chose to have a prenup written up in her second marriage.

When Elizabeth and her husband split, both loved and cared for the dog they shared but she found that her soon-to-be-ex was using the “dog to hurt her.” She told the source that he began to drag the divorce process out and wouldn’t “settle till [she] gave up the dog.” Eventually, she did to help end the marriage quicker and she “relinquished her rights” as a pet owner.

After going through such a devastating experience, Elizabeth decided in her next marriage that she wouldn’t allow the same thing to happen. So, she decided to have a prenup drawn up and included the dog she shared with her new husband in it. In the document she included “instructions on care and custody,” as well as who the “designated veterinarian would be [that was permitted] to make any medical related decisions should they be unable to agree.

Now, if you are interested in learning more about the benefits of having a prenuptial agreement up or want to know exactly how it needs to be written so that it stands in a Maryland court, contact the Rockville, MD family law attorneys at Barkley & Kennedy today. Our team of experienced and knowledgeable attorneys would be happy to review with you what your prenup must have in it and the steps you must take so that it meets all the legal requirements necessary to so that it remains active and cannot be voided. Contact us today to learn more.